This is a short horror-adventure game about being stuck on a train. Loosely based on a story of the same name I read on the internet. This game was submitted to MiniJam 47. The whole thing was written in C.

There's an ending now. Thanks for playing.

Play right in the browser! Or download the Windows version and play on your PC.

Thought this was fantastic. Very unsettling and really fun to play through, if a little short.

You can see my playthrough at the 20:50 mark below.

Please keep up the great work.

Thanks a lot for sharing the source code! I am learning and they are really useful. Thank you!

When it comes to games of this style, I usually enjoy a good story telling and the interactions with others that come with it; this game had a good pace at the beginning with each of the interactable characters, but ended up failing to give a satisfying ending that coherently added everything together.

*SPOILERS*
The first half of this game sees you running around, talking to each of the other passengers of the train. There's a homeless man, a retiring detective, a little girl, a sickly woman, and an older man. At first glance, the game seems to play out as a euphemism for passing on to the afterlife. The issue with this is that as you progress through the game, you end up almost falling victim to a spider monster in one of the train carts. You escape with the help of the sickly woman, and the game ends with you waking up in another train (presumably in the real world). While this strange story might've ended neatly in the written version, this game seems to miss that mark and just kind of ends.
*END SPOILERS*

All in all, this is an open-ended game that leaves a little too much to interpretation with too much going on in the game that it's tough to really say what the point of it was. I'd recommend checking it out (about a 5 minute runtime) and see what kind of interpretation others come up with

I hope that the developers are working on a part 2

what an amazing, cool, fun, and stylized game!! i loved every second of it and wished it was a little longer! good job. i post daily content just like this so if you love pro edited reaction compilations to all games come show some love. please enjoy love yall!!

Reply
THE CAT FROM THE FUTURE2 days ago(+1)

What a amazing game we need a sequel!

Pretty solid. Good atmosphere - made me want more. Hope you keep it up on other projects, or even expand on this idea more!

Loved the game! It inspired me a lot

I need more of this game. The little girl gave me sus vibes the entire time I was playing this game. I loved the characters! It was a fun shot experience.It is the second game in this video.  https://youtu.be/-F2lXQgltpU

Incredibly enjoyable, good atmosphere, and still told a good story that could give you a few impressions of where he was going. Very good job, enjoyed it a ton!
Looking forward to seeing what else you make!

Is This The Final Stop? - Last Train Home

Absolutely loved this game! The ending was amazing. Wished it was longer. Please keep up the good work and make more please!

Hi! I really enjoyed this game. It's true is a short one, but I really love the simplist art and gameplay.

Reply
BLUZZ5 days ago
Very interesting game but was very short I do however have to say I loved the ending chase scene gave me chill your game is the third and final game in my video hope you enjoy it.
Reply
JethroRealms6 days ago

Yooo, so i decided to play this horror game, gameplay is funny fr. Check it out

This game was fun it has nice pixel art and I like the train theme. Even though it was short I still enjoyed it nice job!

it would've been interesting if she smashed the train as you left.

awsome game i loved i

A really interesting concept for a game.  It was a really unique and enjoyable experience.

Loved it! Especially the nostalgic, vintage and creepy vibes this game gave me! I think it would be great as a move.

Nice little game that gets better as you go along. I think the very beginning feels a bit too tedious, but the pacing feels really good the further in you get. Really great to see more literary game adaptations too :D

I don't understand what was going on- (Don't worry, I suck at that kind of thing)- but it was an amazing game, and it left my mind running far after I finished.

I really liked your game, it was interesting, it's just a shame it was so short.

This game is like little snack that make you wanna bite it when lack of fun, so simple but quite awesome! I make a gameplay for Indonesian people, hehe.

Never trust little girls who skip THAT much.

The atmosphere was just great and the story really surprised me. Hope you make more like it :)

Reply
Daddelkutter27 days ago
Awesome game! It was really creepy and we liked the mini puzzles to proceed. Keep it up!
Reply
Geglo27 days ago

this was awesome! absolutely loved the style and the ambience, great game.

I really like the atmosphere of this game a well done story.

I really liked it! it was creepy but fun

i really liked the pacing and ambience. thank you for crafting this creepy little delight of an experience! :3

creepy yet great game I liked it

This is the second game in my video: 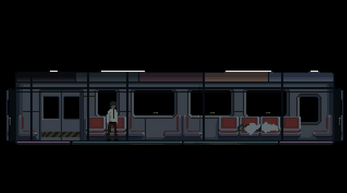 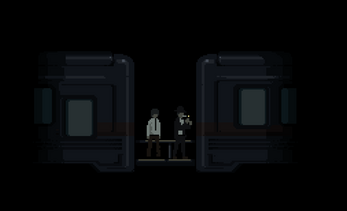 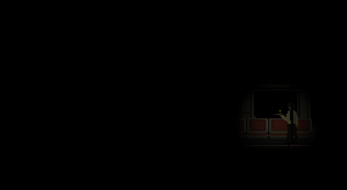